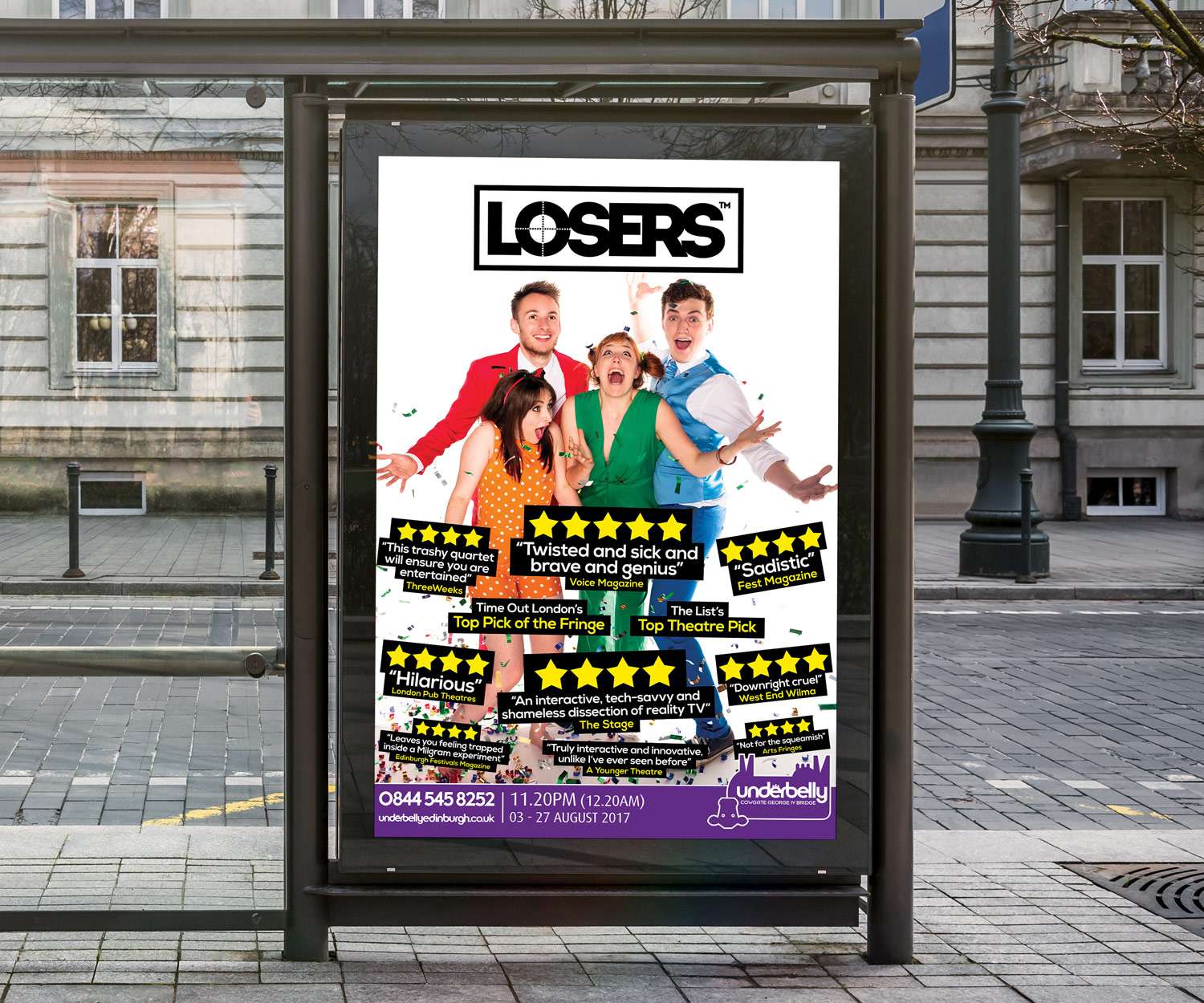 Upon graduating from Warwick Uni in 2014, I spent the next three years intermittently touring a devised show with two friends. In the words of The Stage, Losers was an “interactive, tech-savvy and emotionally engaging dissection of the reality TV phenomenon” – and we took it to the Edinburgh Festival Fringe in 2017 as part of Underbelly’s line-up.

In addition to co-writing and performing in the show, I was responsible for designing all the artwork – which you could see all over Edinburgh during the month of the festival. The show was also performed extensively in London (runs at Camden People’s Theatre, Rich Mix and The Rag Factory), as well as at Warwick Arts Centre as part of their EMERGE Festival.

I also edited and provided motion graphics for the show’s trailer. It was shot by Joseph Henshaw.

Find out more about the production here.