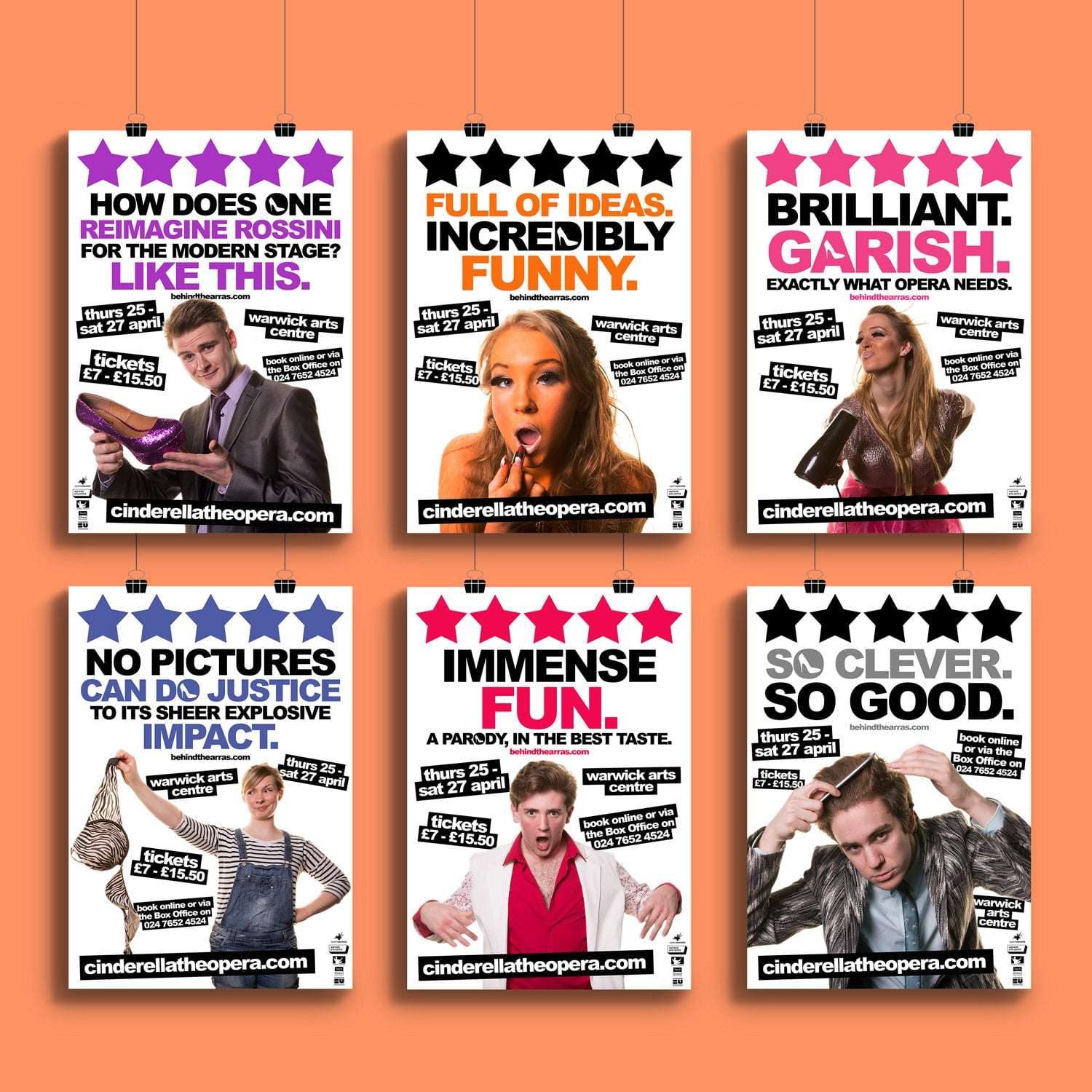 In 2013, me and a friend (David Levesley, now News and Features editor for GQ) co-wrote a new translation to Rossini’s La Cenerentola. We relocated the action to contemporary Essex (TOWIE was the biggest thing on TV at the time) – and re-wrote operatic arias to be about Fake Bake, Foxy Bingo and Nando’s.

I also directed the production, on the main stage of Warwick Arts Centre in January 2013. It became the first student show, in University of Warwick history, to be invited back for another run – due to sell-out success and acclaim from local press. It even attracted formal sponsorship from Nando’s. It remains the thing I’m most proud of ever creating.

I also (#controlfreak) created the publicity for the show, which you can see examples of here. Photography is by Peter Marsh.

Find out more about the production here.